The British Library is on Euston, so on the morning of August 13, I caught the 168 bus down from Val Oriens charming garden flat. 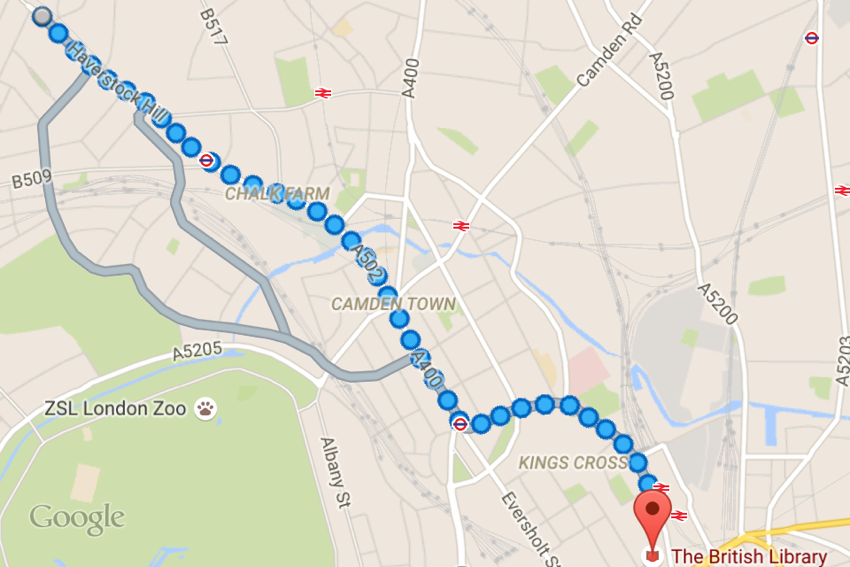 I had a 20 minute appointment with Phil Hatfield of the British library. 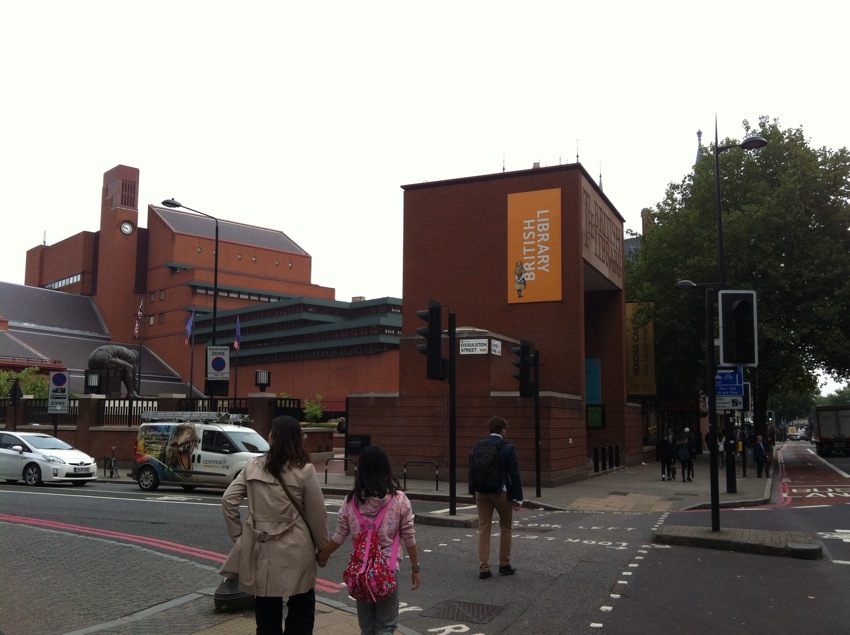 He works in the US, Caribbean and Canadian collections department. One can begin to see how my nationality begins to structure where my Addendum to the Gutenberg Bible fits in their catalog. Phil was able to tell me briefly about the founders. 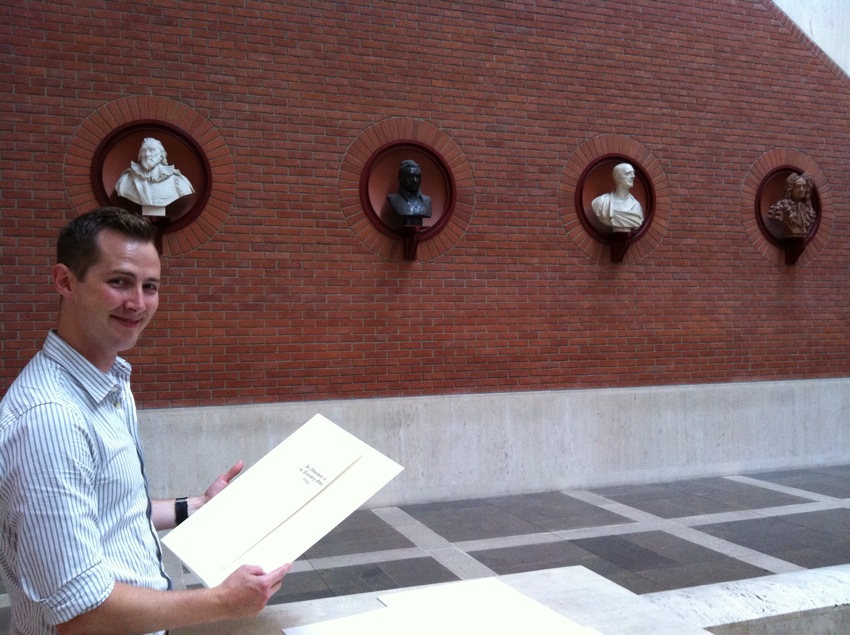 Banks went on voyages with Cook and was a great botanical collector. Greenville was in Parliment and collected rare books of North America. Hans Sloan was a doctor that inherited a plantation in Latin America. There he had chocolate for the first time -thought it tasted horrible but had medicinal properties. So he brought some back to England, added milk and sugar and sold the recipe to a company that would later become Cadbury’s.  He also had some fine 16th and 17th century maps of the new world.

Phil’s favorite item this week is the King George copy of Von Humbolts Scientific expeditions to South America. He printed 20 volumes with color plates and it bankrupted him.  Of note, were plates of Aztec hyroglyphs of deep red, green, and gold leaf. Due to weather and time, Phil thought the actual hyroglyphs probably look very different now.

Phil is changing roles, but I will follow up with him to see where the Addendum lands if the British Library accepts both copies.